Archaeology is a discipline that produces a wealth of content and, for historical archaeology in particular, a wide variety of material. The archaeological record will potentially include artifacts (possibly cross-mended in the lab to form “objects”), field records, site records, photographs, maps (GIS files), historical documentation and research, historical photographs, oral histories, scientific data (soil chemistry, ) and, PowerPoint’s, papers and report.  I’m interested to learn how archaeologists are conducting digital asset management, and how well are the artifact databases are integrated with other material?

There’s been an explosion of digital asset management tools in recent years. The SPECTRUM Digital Asset Management report (Poole & Dawson 2013) provides a proposed methodology for thinking about managing digital assets for cultural institutions, with suggestions for developing an implementation strategy.  For projects unable, or unwilling, to commit to a full DAMS system there are tools that can help in managing digital assets: adding meta-data, retention, versions, access and rights. It’s worth noting that a DAMS system isn’t a digital archiving system, per se, and that issues of digital conservation will still need to be addressed.

A report by the Heather Packer of the ResearchSpace Project (Packer 2011) is a survey of available DAMS and content management systems.  The blending of this two areas has always confused me, but I can see from the report how many of the same functions can be performed by software with slightly different focuses. What I find useful in the report is their criteria for evaluation: storage, annotation and tagging, security and shared (and managed access). For archaeologists these tools give the ability to manage and connect – to contextualize – the varied datasets connected with a project or site. For archaeology, where context is primary, it seems even more important that data is always contained (and ultimately published) in a rich context. For reasons of public advocacy it is necessary to stress the inter-relationships of the archaeological process and subsequent outputs, to clearly differentiate the scientific discipline of archaeology from the cultural barbarism of activities like “American Diggers.”

One further specific measurement was the ability to associate semantic metadata. For the next blog I’ll do some more reading and exploration of semantic interoperability, particularly in reference to a current project with primary documents and artifacts. 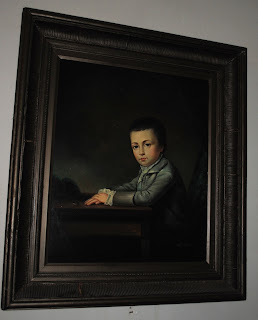 
The National Park Service web catalog site was re-launched in 2011, partly in response to a report by National Academy of Public Administration report (2008) that asked “that NPS make public search tools more user friendly, ensure that museum staff use the web catalog module of ANCS+.”

As the PI for the project we based our success criteria around these terms: more people using the site, and more parks participating. By these criteria we’ve been successful. Site traffic has increased ten-fold, and we’ve tripled the number of parks participating. We can see a much wider range of pages accessed, and an increase in how long people spend on the site. We’ve also implemented our own log files, tracking searches, exhibits, and the subsequent records accessed. One side effect was analyzing searches resulting in zero results, giving an insight how people were interacting with the search engine and allowing us to make some code changes to minimize “failure”.

All of which bring me to the Balanced value Impact Model by Simon Tanner (2012). The report looks at how to conduct Impact Assessment for digital resources. It is comprehensive, and opens up a much wider and sophisticated model for judging the utility of digital projects. It notes multiple perspectives in evaluation (hence the Balanced Value), and a number of different values to be considered within each perspective. For the park digitization project I don’t think we’ve been talking enough about many of these potential benefits: one example being the internal park benefits, including cross-park collaborations. For the societal benefits we know the parks are primarily considered physical places; the web catalog site shows, and shares, some of the other assets the parks hold. The Park Service is already well considered by the American public, and it is useful to consider how much added community value the digital collections provide.

The model does allow for some negative economic effects, jokingly noting that people perusing digital collections could be shopping instead. For archaeological collections the concern for putting artifacts online is that it might encourage a few people to break the law, and dig for these objects on National Park Service land. However, presenting these objects can also serve as advocacy for archaeology, their digital presence stating that these objects are as intellectually valuable, and communally owned and shared.

There’s so much more in Tanner’s report that I need to look through and read – the bibliography alone serves as a semester study course. I’ll be working through the model to continue thinking about how to present the success of the project, and how to justify the project and park resources needed to continue to grow this project.